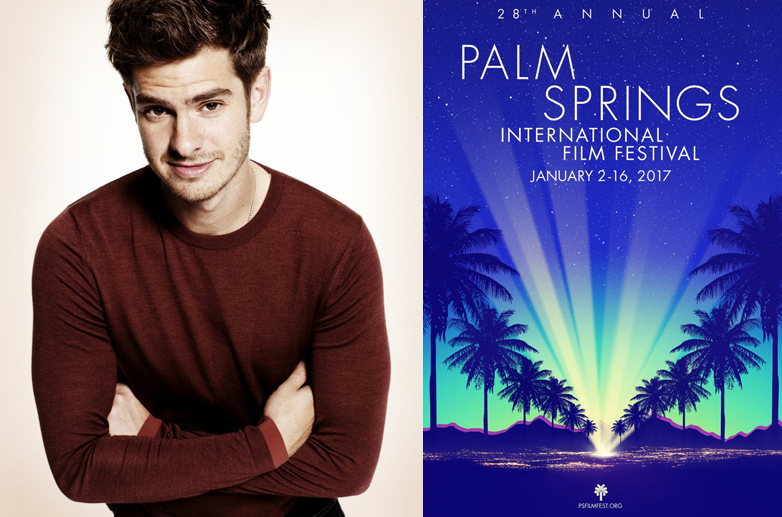 “Andrew Garfield is one of the most versatile actors today and this is proven with his tremendous and critically acclaimed performance this year in Mel Gibson’s award-winning film Hacksaw Ridge,” said Film Festival Chairman Harold Matzner. “In Hacksaw Ridge, Garfield brings to life the incredible true story of World War II soldier Desmond Doss, a conscientious objector who refused to touch a gun during wartime and instead dedicated himself to saving lives as a combat medic.  For this brilliant awards worthy performance, it is an honor to present Andrew Garfield with the Spotlight Award.”

Past recipients of the Spotlight Award include Amy Adams, Jessica Chastain, Bryan Cranston, Helen Hunt, Rooney Mara, Julia Roberts and J.K. Simmons. All recipients received Academy Award® nominations in the year they were honored, with Simmons receiving the Oscar for Best Supporting Actor.

Hacksaw Ridge is the extraordinary true story of Desmond Doss (Garfield) who, in Okinawa during the bloodiest battle of WWII, saved 75 men without a gun.  He was the only American soldier in WWII to fight on the front lines without a weapon, as he believed that while the war was justified, killing was nevertheless wrong.  As an army medic, he singlehandedly evacuated wounded men from behind enemy lines, braved fire while tending to soldiers and was wounded by a grenade and hit by snipers. Doss was the first conscientious objector awarded the Congressional Medal of Honor. The film is directed by Mel Gibson and also stars Sam Worthington, Luke Bracey, Teresa Palmer, Hugo Weaving, Rachel Griffiths and Vince Vaughn.

Garfield also stars this year in Martin Scorsese’s Silence.  His previous film credits include The Social Network, 99 Homes, and Boy A.

The Palm Springs International Film Festival (PSIFF) is one of the largest film festivals in North America, annually welcoming more than 135,000 attendees for its lineup of new and celebrated international features and documentaries. The Festival is also known for its annual Film Awards Gala, a glamorous, black-tie event attended by 2,500 guests, presented this year by Chopard and sponsored by Mercedes Benz and Entertainment Tonight.  The Film Awards Gala honors the year’s best achievements in cinema in front of and behind the camera.  The celebrated list of talents who have been honored in recent years includes Ben Affleck, Javier Bardem, Cate Blanchett, Sandra Bullock, Bradley Cooper, George Clooney, Daniel Day-Lewis, Leonardo DiCaprio, Clint Eastwood, Matthew McConaughey, Julianne Moore, Brad Pitt, Eddie Redmayne, Julia Roberts, David O. Russell, Meryl Streep, and Reese Witherspoon.  PSIFF is organized by The Palm Springs International Film Society, a 501(c)(3) charitable non-profit with a mission to cultivate and promote the art and science of film through education and cross-cultural awareness.