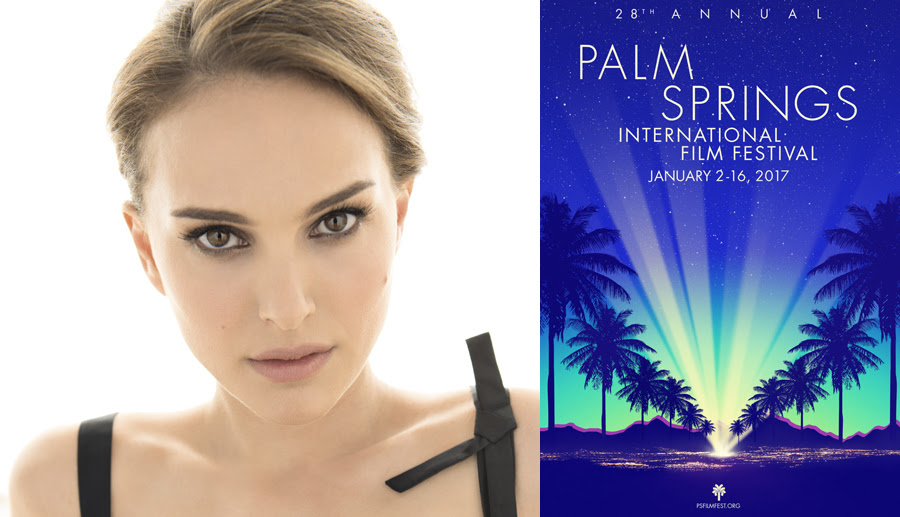 “Natalie Portman truly brings to life one of this country’s most treasured public figures in the acclaimed new film Jackie,” said Festival Chairman Harold Matzner. “Portman delivers a transformative and deeply human portrayal of the former First Lady following the assassination of John F. Kennedy, one of the most challenging moments in our nation’s history.  It is our honor to once again present the Desert Palm Achievement Award, Actress to Natalie Portman.”

Portman received the Desert Palm Achievement Award, Actress in 2011 for her performance in Black Swan, where she went on to win the Academy Award® for Best Actress.  Additional past recipients of the award include Cate Blanchett, Julianne Moore, Sandra Bullock, Halle Berry, Marion Cotillard, Anne Hathaway, Charlize Theron and Naomi Watts.

From Fox Searchlight, Jackie is a searing and intimate portrait of one of the most important and tragic moments in American history, seen through the eyes of the iconic First Lady, then Jacqueline Bouvier Kennedy (Natalie Portman).  Jackie places us in her world during the days immediately following her husband’s assassination.  Known for her extraordinary dignity and poise, here we see a psychological portrait of the First Lady as she struggles to maintain her husband’s legacy and the world of “Camelot” that they created and loved so well.  The film is directed by Pablo Larraín and also stars Peter Sarsgaard, Greta Gerwig, Richard E. Grant, Caspar Phillipson, John Carroll Lynch, Beth Grant, and Max Casella, with Billy Crudup and John Hurt.

Jackie is the recipient of the Toronto International Film Festival Platform Prize and Venice Film Festival Golden Osella Best Screenplay Award.  The film received four Film Independent Spirit Award nominations including Best Picture and Best Actress.  For her role in the film, Portman received the Hollywood Film Award for Best Actress and was nominated for an IFP Gotham Award.

Natalie Portman received her second Academy Award® nomination and first Best Actress win for her performance in Darren Aronofsky’s critically acclaimed film, Black Swan. For her role, Portman also received a Golden Globe, BAFTA Award, Screen Actors Guild Award, and Critics Choice Award.  Her other film credits include The Professional, Beautiful Girls, Anywhere But Here, Cold Mountain, Garden State, Closer, V For Vendetta, Goya’s Ghosts, The Other Boleyn Girl, New York, I Love You, Brothers, No Strings Attached, Hesher, Knight of Cups, Thor, and the three prequels to the Star Wars trilogies. Portman also recently directed and wrote her first feature A Tale of Love and Darkness which debuted at Cannes in 2015. Her upcoming projects include Weightless, Planetarium and Annihilation.