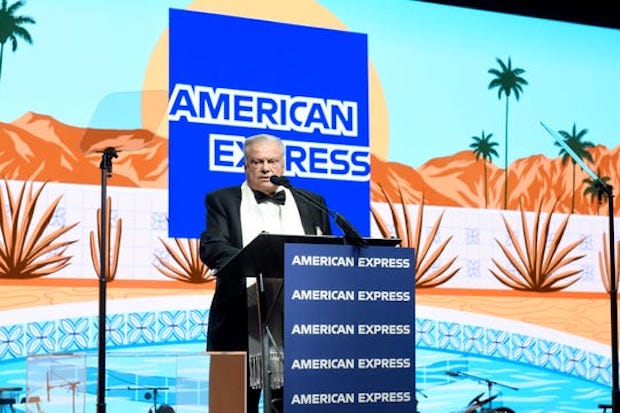 The Palm Springs International Film Festival Film Awards are famously early predictors of Academy Award winners. And 2022 was no exception.

So how did our Oscar crystal ball do this year?

The Academy nominated her for Best Actress.

The Academy nominated her for Best Actress

🏆  Jane Campion was named Director of the Year for The Power of the Dog and won the Oscar for Best Director.

🏆  The Desert Palm Achievement Award, Actress, went to Jessica Chastain for The Eyes of Tammy Faye, as did the Oscar for Best Actress.

✅  Andrew Garfield was honored with the The Desert Palm Achievement Award, Actor, and a Best Actor nomination for Tick..Tick..BOOM.

✅  Our Career Achievement Award went to Nicole Kidman for Being the Ricardos, who was nominated for Best Actress by the Academy.

⭐️ The Palm Springs Film Society also honored Lady Gaga with the Icon Award for House of Gucci and Jennifer Hudson with The Chairman’s Award for Respect.

Now that 2022’s Awards Season has wrapped, Harold and the rest of the Board look forward to seeing you at the Gala and Festival in 2023, if not at the movies before then.

🏆 The Film Awards and Gala: