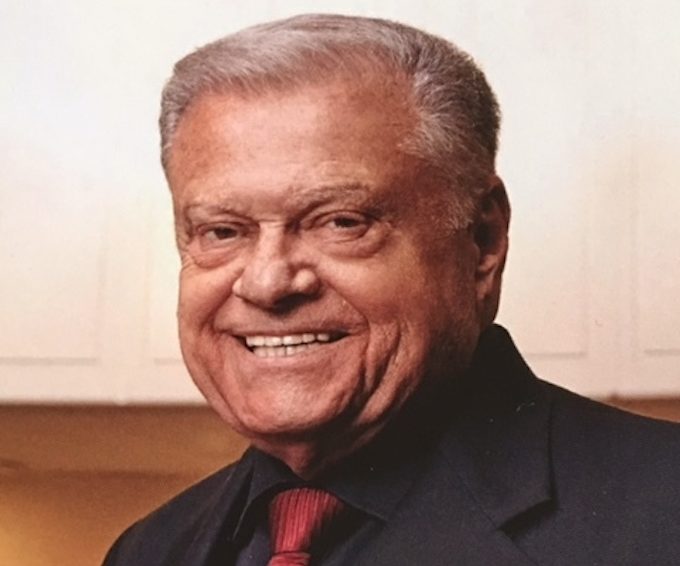 Chairman of CBA Industries, Inc. and Renowned Philanthropist Harold B. Matzner to Receive 2017 Horatio Alger Award
Horatio Alger Association names 11 exceptional individuals, each of whom has overcome significant challenges to achieve professional and personal success, to its Member Class of 2017

WASHINGTON, D.C. (December 6, 2016) – Horatio Alger Association of Distinguished Americans, Inc., a nonprofit educational organization honoring the achievements of outstanding individuals and encouraging youth to pursue their dreams through higher education, today announced that Harold B. Matzner, chairman, CBA Industries, Inc., has been selected for membership in the prestigious organization. Mr. Matzner joins 10 other esteemed business and civic leaders from across North America in receiving this honor in 2017. For the last 70 years, the Horatio Alger Award has been annually bestowed upon admirable leaders who have succeeded despite facing adversity, and who are committed to higher education and charitable efforts in their local communities.

Born to financially struggling parents in Newark, NJ, Mr. Matzner was an only child until the birth of his brother 10 years later. His family moved multiple times and lived in his grandfather’s home for several years. Despite these struggles, he was taught the value of hard work at a young age. He delivered newspapers and worked as a salesman, selling seeds and dog food door-to-door. When his father took a job at a printing company, Mr. Matzner worked alongside him after school and on weekends. After high school, he completed an apprenticeship and continued working in the printing industry, eventually becoming an advertising salesman. He then started his own newspaper, and is often credited with founding the business concept of targeted shared mail, which continues to bring his advertising into many millions of homes. Mr. Matzner experienced great success throughout his career in publishing and advertising and today serves as Chairman of CBA Industries, Inc., and its subsidiaries.

“Harold embodies many of the Association’s core values,” said Byron Trott, president, Horatio Alger Association and 2011 Horatio Alger Award recipient. “Despite his humble beginnings, he has had an unwavering commitment to succeed and strong perseverance to create a better life for himself. Horatio Alger Scholars will certainly relate to his resilient spirit as they work to attain their own vision of the American Dream. We are proud to induct Harold as a Member and we are confident that he will continue to lead by example within our organization.”

Known as “Mr. Palm Springs” for his community philanthropic efforts, Mr. Matzner is one of Palm Springs’ largest donors, having contributed more than $60 million to area nonprofits since 1997. Local charities benefiting from his generosity include the AIDS Assistance Program, Desert Symphony, American Cancer Society, Cabot’s Pueblo Museum, Palm Springs Animal Shelter, Jewish Family Services of the Desert, and Tools for Tomorrow, among others. He has long served as chairman of the McCallum Theatre, chairman of the Palm Springs International Film Festival, and executive vice chair of the Palm Springs Art Museum, chairman of the Palm Springs Tennis Club Members Association (a non-profit tennis facility that serves seniors), and serves on the boards of Eisenhower Medical Center and Barbara Sinatra Children’s Center. Mr. Matzner has received numerous accolades, including the Association of Fundraising Professionals’ “Philanthropist of the Year,” the “Richard M. Milanovich Community Service Award” from the City of Palm Springs, “Citizen of Distinction Award” from College of the Desert, and “Businessperson of the Year” by the Palm Springs Chamber of Commerce. Mr. Matzner is also the owner of Spencer’s – a very successful local restaurant whose profits are distributed to charities throughout the Coachella Valley.

“I was always taught that if I believed in myself, worked hard, and never gave up, I could achieve anything I set my mind to,” said Mr. Matzner. “This is a perspective that very much aligns with the mission of the Horatio Alger Association and to be recognized by such an esteemed organization is an honor. I am grateful for the opportunity to share my message of hope with such deserving and inspiring young men and women and I am deeply committed to supporting these promising students through my work with the Association.”

Through its Members, Horatio Alger Association aims to educate young people about the limitless opportunities afforded to them by the free-enterprise system. To further this goal, the organization awards scholarships to outstanding high school students who are committed to pursuing higher education and giving back to their communities. Like Association Members, Horatio Alger Scholars have faced significant adversities, but have also displayed unmatched resilience in overcoming their challenges. Since the scholarship program was established in 1984, Horatio Alger Association has provided more than $125 million to students in need. Scholarships are funded solely through the generosity of Association Members, Life Partners and friends.

Mr. Matzner and the Member Class of 2017 will be formally inducted into the Association on March 30-April 1, 2017, during the Association’s 70th Horatio Alger Award Induction Ceremonies in Washington, D.C. The annual three-day event honors the achievements of both Members and National Scholars, affording both groups the opportunity to meet and interact, exchanging stories of hardships and triumphs.