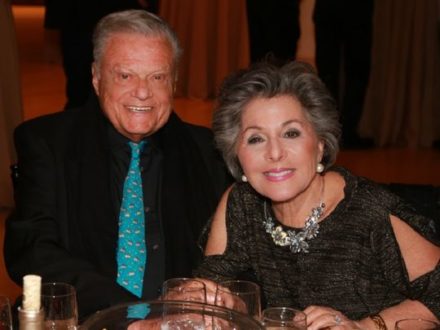 Marine Corps PFC Matt Fries, 19, had to pay out-of-pocket for transportation from Palm Springs International Airport to the Marine Corps Air Ground Combat Center in Twentynine Palms – a 60-mile jaunt – it would cost about $150 for a one-way taxi ride.

Over the past nine years, service members flying into and out of Palm Springs and Ontario international airports haven’t had to worry about paying such transportation fees because Soldiers Organized Services (SOS), a Coachella Valley nonprofit organization, has provided active duty service men and women and their families with free transportation – anytime day or night – between the airports and the base.

“I think it’s really generous of the people of SOS because we’re not all rich and we can’t all afford to pay for a cab all the way to the airport, but since we have SOS, we can get a free ride, “ Fries said after arriving at the Palm Springs airport on a recent afternoon.

Erica Stone founded the organization in 2007 shortly after meeting a young Marine returning to the desert after a long deployment to Iraq. He wore a waist-high cast, hobbled on crutches and struggled with two large duffel bags. He’d been shot and then fell off a roof during combat operations.

It was nighttime, and the wounded warrior had missed the last bus. Unless he wanted to pay the cab fare, he’d have to spend the night in the airport lobby and wait to take a bus the next day. Stone said it was unbearable to see the desperation in his face and the exhaustion in his eyes and she insisted that he allow her to drive him to the base.

Nine years later, Stone said she and her corps of 260 volunteer drivers have transported more than 100,000 service members – along with more than 350,000 bags – to and from the airports to the combat center. Based on the cost of individual cab fare, SOS says it has saved service members an estimated $15 million in transportation costs.

Not all military personnel across the nation have groups like the private donation-fueled SOS to provide such a service. That may change.

In August, local philanthropist Harold Matzner contacted Sen. Barbara Boxer about these transportation challenges. Boxer, who lives in Rancho Mirage, spoke with her staff, who then reached out to Stone to learn more about SOS.

“I was alarmed to hear that our military men and women were sleeping in airports or missing family visits because they were stationed in places without affordable transportation options,” Boxer said in an email to The Desert Sun. “Thank goodness this local group, Soldiers Organized Services (SOS), has been providing free rides for Marines in the 29 Palms area. But it was clear to me that this was a national issue that needed to be addressed.”

Stone suggested the SOS model of transportation could be instituted nationally, at bases located 50 miles or more from an airport. She estimates she would need about $100,000 in startup capital per location. The money would go toward hiring a coordinator and providing surplus to get the operation up and running, including the purchase of insurance.

The idea of providing vouchers to each and every service member at these bases has been mentioned, but Stone said the costs would be “exorbitant.”

Private donations help drive SOS’s success. Among the most generous of these benefactors is Jackie Autry, former owner of the Los Angeles Angels of Anaheim and widow of actor, singer and businessman Gene Autry.

Autry, who has been involved in myriad philanthropic and charitable activities in the Coachella Valley – she’s the longest tenured member of the Board of Trustees at Eisenhower Medical Center – has purchased two minivans for the organization. It’s that kind of community support that has enabled to organization to grow and thrive, Stone said.

Boxer’s staff began researching and discovered there were a number of military installations nationwide located far from airports with commercial air service – some as far as 125 miles. As a result, many service members are stuck paying for costly taxi rides or private shuttles.

“Frankly, I was shocked to learn that the military does not cover the costs of ground transportation to and from the airport when these costs can be hundreds of dollars each way,” she wrote.

“As a result, junior personnel — who may not own a car or make enough to afford private transport — often face significant challenges getting to and from the airport from remote military installations and, in some cases, have had to sleep in airports or bus terminals when public transportation is not readily available. I fear that this may be a widespread problem across the Department of Defense.”

Discussions between Boxer’s staff and Department of Defense officials ensued and, in a Dec. 16 letter to Stephanie Barna, Acting Assistant Secretary of Defense for Manpower and Reserve Affairs, Boxer commended her proposal to hire an outside company to conduct a comprehensive needs assessment at all geographically remote bases in the U.S.

This survey would determine what airport transportation options were currently available, identify whether gaps exist and help prescribe a course for future action.

In February, the Department of Defense announced a contract was awarded to Deloitte to conduct the study.

“The final report is expected later this summer,” Boxer said. “I am hopeful that we can use these recommendations to help our service members – not just in Southern California, but all across the country. We owe it to them because of all the sacrifices they and their families make for us.”

Meanwhile, Stone is continuing to explore ways to accommodate the growing demands, which she recently outlined in letters to Palm Springs City Manager David Ready and the Palm Springs City Council. SOS now provides curbside service and, in order to better serve the service members and their families, she’s requested a designated pickup location at the Palm Springs airport – preferably just north of the baggage claim, where Morongo Basin Transit Authority’s bus stop is located. The spot is also shared with Amtrak.

“As the preeminent provider of free transportation, our reputation for reliable rides to and from the airport has caused requests to skyrocket, necessitating changes in our procedures to ensure more and more Marines can get a ride when they need one,” Stone wrote in a letter to the council.

“These changes have streamlined our operation and at the risk of sounding cliche, they’ve allowed us to move Marines with military precision.